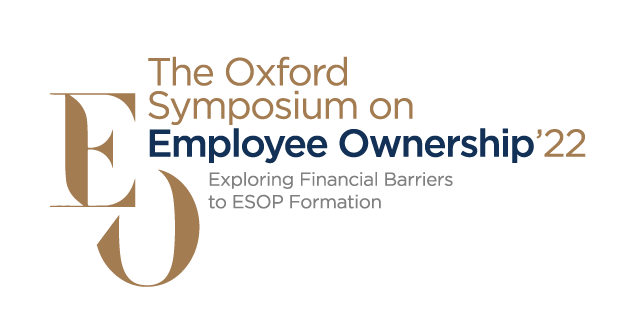 The Oxford Symposium is an annual gathering of top leaders, stakeholders, and government officials in the international employee ownership movement. In its 7th convening, this symposium confronted major issues and obstacles to participatory capitalism and the formation of employee-owned firms. 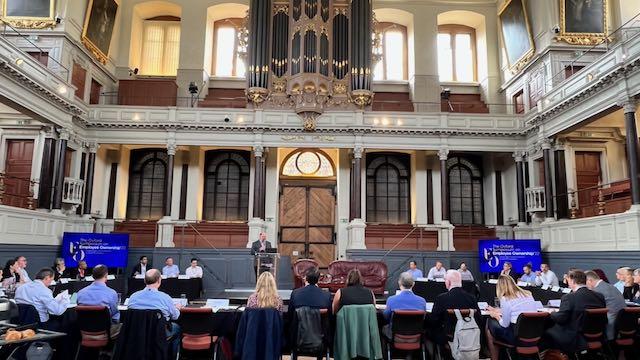 The packed, two-day program covered several topics by seasoned presenters. Both the President of the EOF, James Bonham, and the EOF Chair, Cindy Turcot, were presenters, participating in and leading panel discussions of the assembled peers and thought leaders. Other notable presenters sponsored by the EOF at the symposium included: Theodore (Ted) Becker, a partner in the law firm of McDermott, Will & Emery and a lifetime achievement award winner from The ESOP Association; Richard (Rick) Pearl, a partner at Faegre Drinker Biddle & Reath; David Binns, Senior Consultant at ESOP Services, Inc.; and Ken Serwinski, the Chairman and co-Founder of Prairie Capital Advisors.

The symposium was moderated by Graeme Nuttall, a partner in the European law firm FieldFisher, and a Fellow of Ownership at Work, Executive Fellow at Rutgers Institute for the Study of Employee Ownership and Profit Sharing. He is considered one of the leading voices on employee ownership in the UK, where he led the Nuttall Commission which recommended the policy changes within the UK that have led to the booming new formation of Employee Ownership Trusts.

The EOF was also proud to help host several key congressional staff who traveled to Oxford to participate in the conference, learn more about employee ownership and its barriers, and join the discussion related to the role of government in promoting and supporting employee ownership.

The historic Sheldonian Theater was designed by one of England’s greatest architects, Sir Christopher Wren, to be Oxford University’s ceremonial hall. The theater, with its intimate yet grand feel, has helped keep the University’s traditions and history alive for more than 350 years. From British Prime Ministers to Nobel Prize winners and Olympic medalists, the Sheldonian theater occupies a place in history like no other. 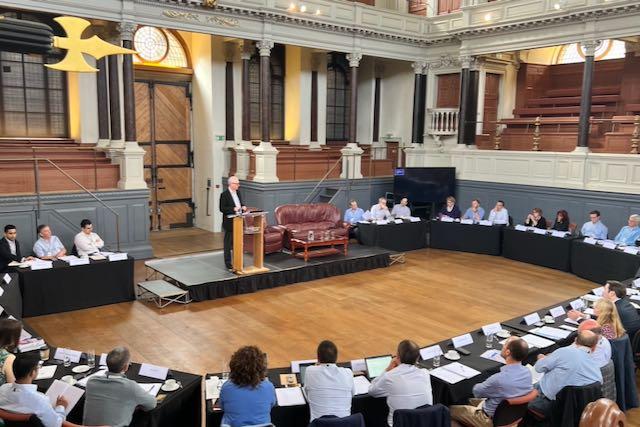 Central to the Symposium’s success was the active participation of high-level government officials from multiple nations. Notably, the United States Senate was represented by six very senior-level staff from the Senate Finance Committee, Health Education Labor and Pensions (HELP) Committee, and Senate Budget Committee. These attendees, whose travel and expenses were sponsored by the Foundation, are some of the most influential officials in Washington with direct roles in U.S. policy impacting ESOPs. The delegation from the UK included Dawn Butler, a Member of Parliament, and Baroness Sharon Bowles of Berkhamsted, both longtime supporters of employee ownership. Several other nations were represented by government officials learning about employee ownership as they are actively forming their own policies, including delegations from Canada, Denmark, and Spain.

We’d like to extend special thanks to John Hoffmire, who helped organize, schedule, and direct the entire program. John’s constant efforts, relationships, and dedication were critical to the success of the symposium. Additionally, the London-based law firm Fieldfisher hosted the government delegations for a full-day preconference briefing, which took a deep dive into the technical nuances of different employee ownership arrangements for the benefit of government decision making.

The resounding success of this year’s symposium was not only the result of hard work and effort by organizers and the support from sponsors, but it also clearly demonstrated the depth and breadth of support for employee ownership internationally.